From the TV show

Cris
"Bring The Fire" by Ylwa has a fanmade routine on Redoo’s channel.

The coach in the routine is a man with black hair and a light pink and deep pink shirt with a pocket, black pants and shoes. Under the shirt, he has a dark gray long shirt that is shorter on his right arm. He has black skin and wears a deep pink bandana.

The background is black and it has a platform where the dancer is. Lightning squares of various colors appear with circles in the back. In some parts of the song, different shapes will appear instead of squares or circles.

There are 3 Gold Moves in this routine, which are all the same:

All Gold Moves: Shake your hands and lower your head backwards. 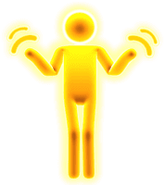 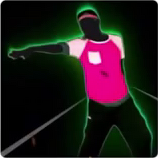 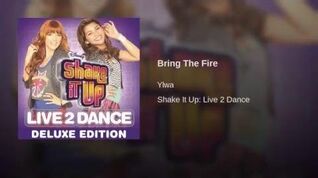 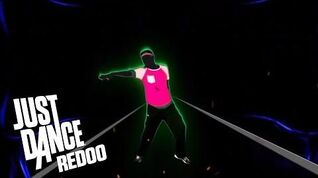