Moogly H
"HIP" by MAMAMOO has a fanmade routine on Redoo’s channel.

The coach is a woman with shoulder-length purple hair, with a red and black outfit. The outfit consists of a red crop top with the word "LA" on it with a black brassiere over it, a black open-fingered glove, red sweat pants, a black belt, a Nike knee brace, and black boots.

The background starts with a black screen, a few seconds later, the screen moves into an empty violet room with large windows, outside there are some buildings in what appears to be a city with light effect, then zoom out of the coach. Next appears black and red circles around the coach, now the background change into red and white lines room with four purple dancers, next is black and white lines in the center of a red wall, during the routine, show some the lyrics of the song on the wall, then appears a human's red lips on the wall, the black rectangles only said "XXX" on it, next the walls are now purple and pink lights across the room, next shows some few dancers who were colored in red and white, then the white background appeared, with a red and white circle, red zigzags, and a circular human's red lips who singing during the lyrics, next appears some few red and white circles and some few red and white dancers in the background, then the red and white squares appear during the routine, then show white background and a big red and purple word called "HIP" on it during the lyrics.

Next shows a dark background with a few words called "HIP" who lights up during the routine, next is the same as a before, but this time, the four purple dancers had purple and white chairs to dance. In the end, the background is now a white place and with the dancer.

There are 3 Gold Moves in this routine:

Gold Move 1: Quickly cross your arms while lifting your right leg.
Gold Move 2: Turn around to the side while you rotate your arms.
Gold Move 3: Bend your knees and put your hands on your knees. 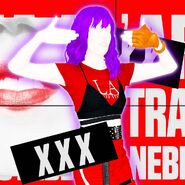 HIP on the menu 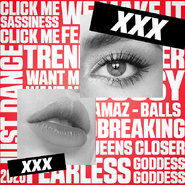 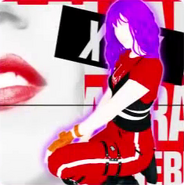 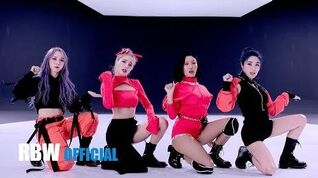 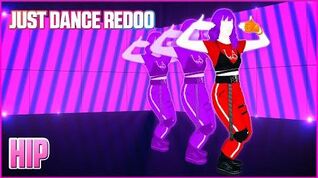